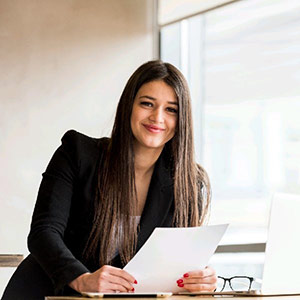 The Cricket Association of Bengal solidifies its verification process.

Formed amid a group of Bengali sports enthusiasts and the rise of the famous Bengal Gymkhana, the Cricket Association of Bengal is an extensive sports enterprise that completely changed the way people catered their interests towards cricket by actively participating in the game rather than just cheering at the stands. As the association grew, more than 600 clubs across Bengal wanted to come under the umbrella of the CAB to register themselves for the categorized tournaments organized by the association. With a massive number of entries at their doorstep and an army of traditional administrators and manual processing, the smooth functioning of every step proved to be challenging for the CAB.

CHALLENGES THAT CAME ON THE WAY

VERIFICATION OF THE ACTUAL AGE OF THE PLAYER: The under 13, 15 and 18 tournaments proved to be a huge challenge for the association since a categorical tournament based on ages of the players meant that they have to be properly verified and placed in their respective teams to ensure fair play.

The rules were simple, a player who is aged 16 cannot play in the under 15 category and since the entire registration process was manually being carried out in bulk, an avenue to orchestrate loopholes opened up where forged documents proving ages contrary to the player’s real age group was presented and no concrete system to prove otherwise.

The established process required the players to go through a medical bone marrow test to specify their actual age and compare it with the data provided by the players. As specified this process was succeeded by the document submission at the verification desk who then provided each player with the appointments at their partner hospitals at specified dates and times which led to potential clashes and a huge delay.

PLAYER’S AUTHENTICATION IN THE FIELD: As a player was verified and placed in his respective teams and scheduled for a game, there was no one to cross-check who is actually holding the bat and standing in the pitch. Neither was anyone aware if a player has been replaced, restored or was he even a part of the team.

DELAY IN PROCURING DATA: Headed by the Babus of Bengal, it was obvious that the administration was under their control with no technological advancement in the process whatsoever. Considering how there were a huge number of clubs who were willing to join in, maintaining and retrieving data to check, re-check and the cause of another problem; which was medical scheduling.

A DESPERATE NEED FOR CHANGE

The problems were visible and a change was required, the association promptly reached out to us and narrated the things they needed to keep the system running, what we did next was providing them with an array of possible yet effective solutions, something that was just very difficult to say no to.

A CENTRAL DATA REPOSITORY- The manual administration already proved to be troublesome and therefore, using the technology at hands we put forward the construction of an all in-cloud database that will not only deposit each player with a unique application and registration ID but will also serve as a bank to save every detail of the players so that it can be easily procured during tournament fixtures.

ON DESK VERIFICATION- Although the entire process was pitched to be made online, the players had to report to a verification desk for their document upload and verification, however manual this process may be, it was essential before everything was uploaded properly to the cloud.

MEDICAL APPOINTMENTS AND APPROVAL- Thanks to the idea of the cloud the proposed plan aimed to eradicate the clashes that took place within medical appointments of the bone marrow test as well as the gap between approval reports. The management would know exactly when and where to send each player for their testing and the professionals could handover the approval report as soon as they received them with only the click of a button.

FINGERPRINT AUTHENTICATION- The non-documented player substitutes on the field were a massive problem which was easily overlooked; however, the biometrics technology was the perfect blend in the system to keep in check whether or not the assigned player is at the field. Therefore, with no further delay the team proceeded with the development of an all advanced system for CAB which forever changed the way that the association conducted its tournaments; minus the delays and the redundancy.

Launch Meet with Secretaries of clubs across Kolkata in the presence of President Mr. Abhishek Dalmiya

IMPLEMENTATION AND THE WORKING

This simple yet complex working system was like a dance of smooth processes, which was tied to one another. Every step was made easier and more elaborate with zero chances of error. Following were the components which made up the amazing system provided to the CAB-

A User Portal- This is the portal made for the aspirants who wish to register themselves for the tournaments. The portal has been designed with maximum simplicity and is user friendly. The user first signs in to obtain their Application ID using which they can finish or re-enter and track their status anytime they want. After the application has been submitted and all the necessary details are stored in the central database, the player is asked to appear at the verification desk for the submission of essential as well as third-party documents, i.e. Aadhar card and Finger prints.

CAB Management Portal- This portal was specifically created to ease the administrative work and compile them together in a single platform. This portal allowed the CAB’s administration to keep tabs on the player’s profiles, send information to the Third-party verification team, manage updates and other aspects of the verification process. The novel aspect of such a solution was the large database, which eliminated the need to keep huge stacks of files in storage and loose them to a flood.

Third-Party Verification portal- The third-party verification team were given a different platform to analyze the documents submitted by the players and review them critically, following which they can approve and reject the player’s profile and are able to mark their review comments if player is applicable for one.

Medical Verifier- The database stored in the cloud would tell the management exactly when and where a player has been sent for their medical appointment after the verification process has taken place and the profiles have been approved. The medical verifier portal allows the health official to submit reports to complete the process of registration on the portal itself.

Profile Verification: Fingerprint app- The biometrics added during the verification process serves as a direct identification to each player which is then used to send attendance to the ground in times of the tournament. The problem for a proxy attendance was solved through the carefully designed fingerprint app which was used to verify the player profile using basic details and log in credentials before entering the arena.